Home News Why We Need More Women in Engineering and Construction 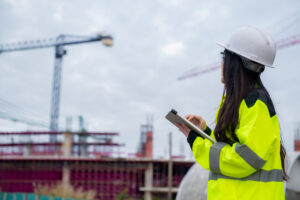 In the UK, only 12% of engineers are female.

While we’ve come a long way in the past 200 years, there’s still more that needs to be done, so women to stand on equal footing with men.

When given the opportunity to study subjects required for an engineering degree, girls typically outperform boys. So, why don’t as many choose engineering as a career path and why it is vital that we encourage more into the sector?

Many people still believe that these professions are not for women-that they should pursue careers in fields such as teaching or nursing instead. Let’s explore what misconceptions exist about the engineering profession and why more women should engage with them.

The first reason is a social one. Having been raised by society to believe that men are the breadwinners and women stay at home, traditional family roles tend to be given more weight over career paths. However, most construction companies offer daycare for employees’ children and flexible working hours, allowing women to choose this path.

Another reason that women shy away from engineering is that they are only shown the stereotypical angle of the job. These professions are given a bad rap, which makes them seem boring. For example, students might pick up a book about engineering and find photos of men in hard hats staring at blueprints. They may think that this isn’t for them without really knowing what goes on behind the scenes.

Another reason is that many think that women are at a disadvantage in these industries, either because they may not be strong enough to carry out the work or because their voices will go unheard. Fear of sexism and having to work even harder just to be treated the same as their male counterparts is a genuine worry for many young women planning their careers. There are more accessible career paths to choose that will allow them to use their skills.

If you’re looking for some good facts about women in engineering, you’ll find them here. Interestingly, these facts indicate that we don’t just have a problem attracting women to the profession; we also have trouble retaining them. As a result, around 40% of women with an engineering qualification do not go on to work in engineering roles.

This is obviously very unfortunate, considering that female engineers are in high demand. Women who do go into engineering fields tend to be highly qualified with relatively high salaries to match. So this isn’t about not getting paid well – it’s also about not wanting the job once you’ve put in all of that work.

Why do we need more women in engineering and construction?

Jobs in engineering and construction are vital for society as a whole. So many of the products we buy, from smartphones to cars to simple appliances, wouldn’t exist without them. Likewise, without the infrastructure that engineers work on, we couldn’t live as comfortably as we do now.

None of this can happen without intelligent people who know how things work. If women aren’t attracted to the engineering and construction sectors, it simply means that employers will have a dwindling pool of potential recruits. Engineering could face future labour shortages if more women aren’t brought into the profession.

Project teams also need diversity. Women might not bring any specific skills to the engineering profession – after all, an engineer is an engineer – but they do offer more diversity. Project teams work better when there is a diverse group of people to challenge each other and reach new conclusions. If engineers are only surrounded by people who look and think just like them, the sector will never move forward.

And finally, another simple reason we need more women in engineering is that we need to be able to inspire the next generation of female engineers. Without young women in engineering, there will be no one to teach the next generation of girls that they can do this work. And if women choose to leave the profession, this will reduce opportunities for female-led mentorship.

Engineers are vital for society, and without them, our modern lifestyle would disappear. Women make up half the population-it only makes sense that we include them in this field too.

How can we address the gender gap?

There are many ways to achieve this. It starts with changing the perception of engineering and construction as an uninspiring profession. Once we rid the sector of the hard hat and overalls image, we can take steps to address the gender divide.

There are also things employers can do, including offering flexible working hours or daycare for children to encourage women into these positions. It is often the case that women have to choose between their careers and caring for their children. So, if they can find a company that understands how difficult it is for both men and women to juggle work, they will be far more likely to stick around.

And finally, we need to change how our society treats women in these professions – and not just women – everyone who doesn’t fit into a ‘traditional’ image. People don’t want to work harder than they have to because of discrimination, so it is important to establish a positive culture from the start. And young girls must be encouraged to feel like they belong in this sector.

It’s also important to rebrand UK engineering as a prestigious choice. Around the world, an engineering qualification is seen on par with a medical degree. And those in the profession are treated with the same prestige as doctors. Bringing back the prestige and opportunity for recognition could help attract more women to the sector.

Read more:
Why We Need More Women in Engineering and Construction

Biden to meet pope amid pressure from anti-abortion U.S. bishops

Why We Need More Women in Engineering and Construction

Oil edges up to new multi-year highs on short supply